There’s a great scene in the documentary “An Honest Liar” wherein the famed magician and debunker of frauds James Randi shows how a 1980s con man named Peter Popoff posed as a holy man and, through the aid of old-fashioned cold reading and new-fa…

There’s a great scene in the documentary “An Honest Liar” wherein the famed magician and debunker of frauds James Randi shows how a 1980s con man named Peter Popoff posed as a holy man and, through the aid of old-fashioned cold reading and new-fashioned hidden radio earpieces, was able to bilk people out of their money by manipulating their emotions and telling them it was a supernatural experience from God. 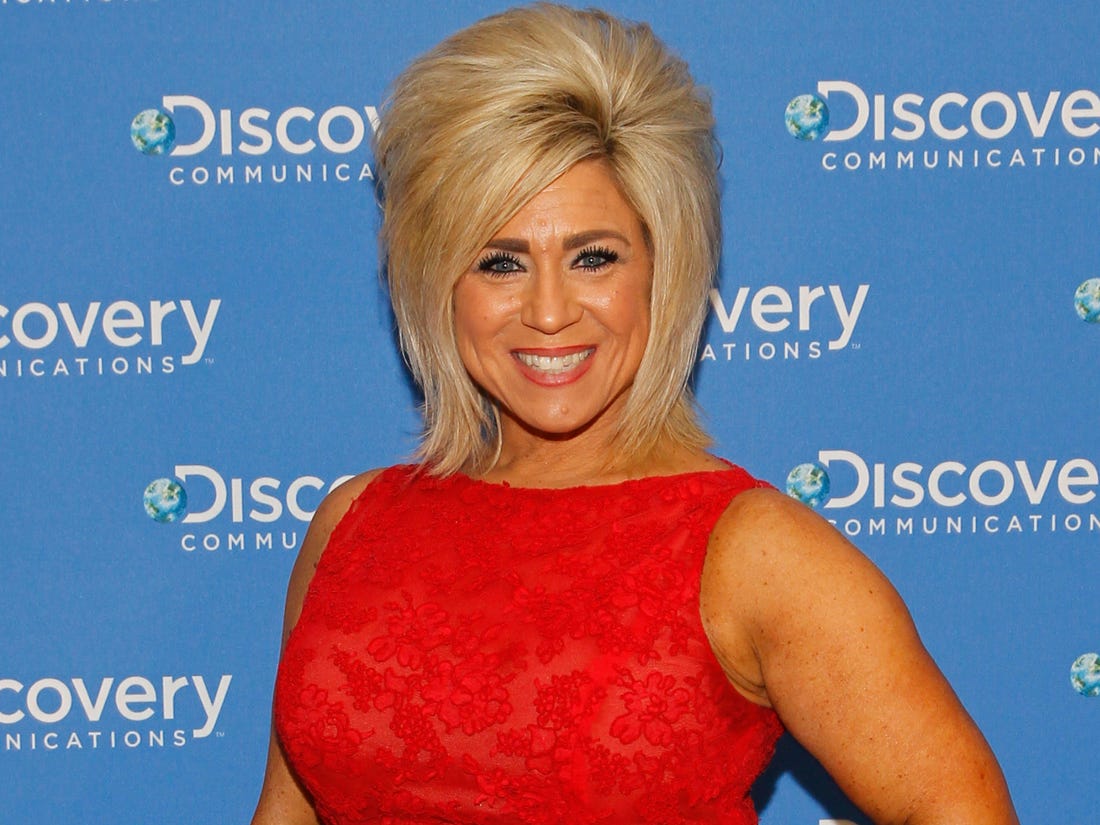 Tuesday night at Amsoil Arena, Theresa Caputo – the latest in a very long line of people throughout history to make great sums of money by pretending to be a psychic medium – took the stage and did her own variation on the very same shtick that Popoff did, and 2,500 people or so came out and paid $50 or more apiece for the pleasure of watching an incredibly likable woman do an incredibly unscrupulous thing.

Early on, it was all about setting a mood. The music on the PA was laid-back, and was quite possibly composed of nothing but songs by the band Train. The national anthem was played. Caputo came out and immediately went into talking about the troops on a stage that was mostly bare except for some flowers, a few candles, and a predictably on-brand gaudy zebra-print rug.

“I’m not here to defend my gift,” Caputo said, in between talking shoes with a woman in the front row and saucily tossing around expletives like a drunk aunt at a grad party. Her gift, she said, was an “amazing and beautiful gift from God,” but she also said that people had the same potential within themselves, and that “you don’t need to go to a medium.” Might’ve been good to tell everyone that before they bought their tickets, but oh, well.

The first part of the show served to set expectations. Caputo spoke of her relationship to what she called “Spirit,” a sort of catch-all term for the “shadows” and “voices” she claimed to be able to interact with. She talked at length about how she didn’t know how things would go, and that often only the person she would be talking to in a particular interchange would understand what was happening. It Seems like a poor way to entertain 2,500 people – by leaving out 2,499 of them – but Caputo was mitigating any and all possible affronts to her supposed abilities. It’s a common tactic among the perpetrators of psychic frauds: Cover all the bases. When in doubt, just say you’re not in control.

This pump-priming session set the tone well for the readings portion of the evening, which started up right after Caputo finished her pitch for her fan club (which actually included the sentence “I’m not promoting my fan club – it’s only $19.99”). Caputo had earlier started coughing here and there, and she ducked behind a curtain for water, at one point. As she waded into the crowd, she started talking about how she thought she was going to “hurl.” This was all part of the act, it was soon revealed, as she began asking audience members if they knew someone who had choked, or had been in an accident, or had been decapitated or what have you. She was feeling empathetic pain with the spirit world or some such thing.

This is where the trick is – Caputo, like her fake-psychic predecessors, is a master at reading people. If something she throws at someone doesn’t land, she looks for a facial expression from someone else that shows that it actually landed with them. At different points, Caputo deftly moved on from dead ends and into more productive areas. At one juncture, she was able to discern that the old “Footprints in the Sand” poem was important to a woman by noticing her Jesus-sandal necklace. Of course, Caputo played like she had never heard of that famous poem – “What’s that?” she asked of the woman – and it made her seem all the more amazing.

“Did he like the Eagles?” Caputo asked of one sobbing woman, who had just been told that a lost loved one was in heaven. When that didn’t take, somehow it came out that the deceased was a fan of the “Rocky” series of films, and the Eagles were never mentioned again in favor of talk of the classic Bill Conti theme song. (Turns out the spirit world is apparently highly concerned with ’70s music.)

Over and over, Caputo threw out bait that was either hit on or not. “How do you understand this?” she’d repeatedly ask, when her questions went by without much in the way of a reaction. Years, numbers, common types of maladies and accidents. If it was nibbled on, she’d bear down, tease out some kind of truth, even if it was from someone other than the person whom she had been addressing. If the fish weren’t biting, she’d change her bait, try something else. And she stuck real close to the front few rows, because of course those tickets were sold first to the true Caputo fans – the true believers, the ones who most desperately wanted to hear from their lost loved ones one more time.

As a show, it was about as exciting as watching a team-building corporate seminar, which is to say that it was of approximately zero artistic content, and the sole entertainment value was in Caputo’s bubbly personality, sparkly shoes and giant beehive hairdo. But the sinister side was what was truly there for those who were looking past the slight-of-hand. Tears flowed and flowed. Sobbing widows and mothers mourned their family members, who Caputo brazenly voiced, as if she didn’t care how immoral it was to imitate a woman’s dead son to her face. All around Amsoil Arena, hands were dabbing at faces with tissues.

The truth is that Caputo is a magician, no different from David Copperfield. And, while Copperfield won’t reveal his tricks, and he pretends to actually have powers, at the end of the day, he won’t truly try to convince anyone that he possesses supernatural gifts. But Theresa Caputo, she does. She tells you she can channel your dead loved ones, and she takes your money while she’s doing it. This isn’t entertainment. This is bilking honest, sincere people who have suffered true loss out of their money by pretending to turn simple misdirection, simple sleight-of-mouth into something more than just a cheap trick.