This evening, ABC 20/20 replayed a documentary about one of the most talked-about financial collapses in the U.S. biotech sector.

“The Dropout” told the story of Elizabeth Holmes, a former Stanford University student who claimed to have revolutionized blood testing.

Her company, Theranos, struck a $150-million deal with Walgreens to have these testing centres in its stores.

And she hired documentary maker Errol Morris to create a film touting how well the company’s machine, dubbed the Edison, worked.

It made her the youngest self-made female billionaire in the history—and she ensured that the way the Edison achieved its results was never shared with most company staff, the media, or investors.

As her fame grew, she appeared on the covers of high-profile business magazines such as Forbes, Fortune, and Inc. and shared a stage with former U.S. president Bill Clinton.

ABC News technology correspondent Rebecca Jarvis spent three years investigating the company, which once had a market capitalization in excess of US$9 billion before it came crashing down.

Below, you can see a snippet of what was broadcast.

Erika Cheung was a senior in college attending the University of California, Berkeley when she first heard about a company called Theranos. #ABC2020 #TheDropout https://abcn.ws/2TVkc6U 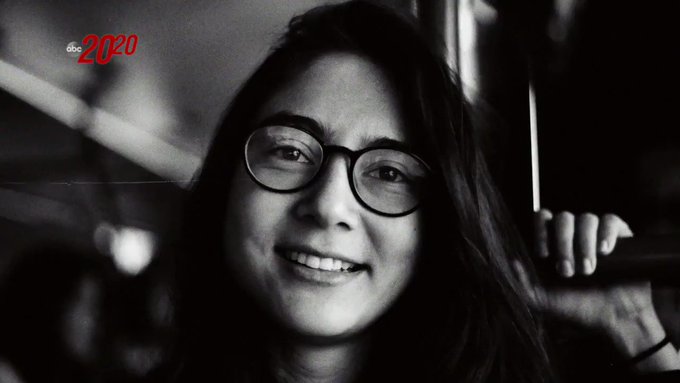 Theranos was a portmanteau of parts of the words therapy and diagnosis.

In 2018, Holmes and her former boyfriend, ex-Theranos president Ramesh “Sunny” Balwani, were each charged with nine counts of wire fraud and two counts of conspiracy to commit wire fraud.

“This indictment alleges a corporate conspiracy to defraud financial investors,” FBI Special Agent in Charge John F Bennett said in a 2018 Department of Justice news release. “This conspiracy misled doctors and patients about the reliability of medical tests that endangered health and lives.”

None of the allegations have been proven in court.

Holmes is scheduled to go on trial on August 4 in San Jose, California. She’s already paid a $500,000 fine to the U.S. Securities and Exchange Commission in a settlement that did not acknowledge any wrongdoing.

Holmes has been barred from serving as a director or officer of a pubic company for 10 years. She relinquished voting control of the company by her converting super-majority Class B common shares to Class A common shares.

The SEC plans to litigate its civil claims against Balwani.

Balwani will be tried separately on the criminal charges after Holmes’s criminal case has concluded.